The word hydroponics originates from 2 greek words, i.e. hydro, meaning water, and ponos, meaning labour (i.e., working water). Hydroponics means growing plants without soil, with a nutrient solution or nutrient-enriched water. This form of new-age farming is prevalent in semi-urban and urban areas where the project proponent has limited space available but has other modes to sustain agriculture. The cost to start a hydroponic farm is higher because it requires the proponent to create stable atmospheric and medium conditions. And an artificial structure is needed for mechanical root support throughout the farm. But this is a one-time investment, and apart from the cost of seed, nutrients and consumables like electricity and general maintenance, the farm will be making a decent profit. However, many farms grow crops with high margins, such as exotic leafy vegetables (lettuce, kale, spinach etc.) that do not need much space, do not produce considerable agricultural waste and are not bulky. Hydroponic farming in India has been successfully used for growing vegetables (tomatoes, cucumbers and peppers) and ornamental crops such as herbs, freesia, roses and foliage plants. Urban agriculture (UA[1]), is also gaining popularity, where farming is done within the urban area in a confined space with the availability of sunlight. Entities with large spaces, like office buildings, and rooftops of residential buildings, can also be used for installing a hydroponic setup.

The Science behind Hydroponics

In this farming technique, plant roots are suspended in either a static, continuously aerated nutrient solution or in a continuous flow or mist of nutrient solution. The plant needs a medium for plantation. Commonly used mediums include coir, perlite, expanded clay, brick shards and wood fibre. Hydroponic growing makes your growing cycle constant, longer, easier to manage and more efficient. That’s because hydroponic operations are generally confined in a greenhouse or indoors, where environmental factors like temperature, humidity, and available light can all be closely controlled.

Regions where hydroponic farming can be a good option

Advantages of Hydroponic Farming in India

Hydroponic farming in India is thriving, and one of the major factors driving its growth is the technology curve that diminishes costs and helps scale its operations.

India’s hydroponic market is expected to grow at a Compound Annual Growth Rate of 13.53 per cent between 2020 and 2027. In comparison, the growth in the global hydroponic industry is estimated at just 6.8 per cent. There is a huge market for organic crops in metros and tier 1 cities. This market of products of hydroponic farming in India consists of consumers who are health conscious and will readily pay a premium for organically grown produce that is fresh, safe, and healthy. With continuous improvements in evolving technologies and a rise in food inflation, the price differentials between hydroponic technology and state and central government’s incentives to set hydroponic farms on their fields are also adding to their popularity. With the current growth rate, the cost of setting up such farms has gone down and will reduce further over a period of time. This will further increase the adoption of the technique, and with the market already having a demand for such products, this can be a new and upcoming form of business in the near future. Still, given the inherent limitations of what can be grown with hydroponics, farmers and other project proponents may require financial and technological support from entities like banks, KVKs, agronomists etc., initially.

Though in the initial stages, hydroponic farming in India is gaining popularity among farmers who are ready to mix traditional knowledge of farming with scientific principles. It may become complicated for the farmer with conventional knowledge to switch to different farming practices, but the science behind it follows principles of agronomy that can be learned with time. However, one must note that soil growing is more forgiving of errors than most hydroponic growing systems. Hydroponic growing systems are not easy to manage by the unskilled and inexperienced. While hydroponic culture may seem attractive from the online information, where it has often been labelled as a simplified technology, it is not the case in reality. This farming technique requires scientific management of crops, considering factors like temperature, humidity, pest control, and, most importantly, nutrition. How to start the Readymade garments manufacturin... How to apply for a Pollution Board license for f... 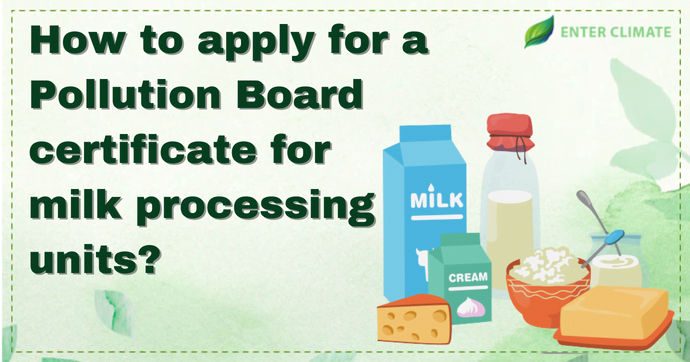 How to apply for a Pollution Board certificate f...